ARTICLE
Competing on an international stage is one of my favorite feelings - Effortless
1 year ago - 18th Jul 9pm - 2018
Hello and welcome back, today we are joined by

France) with his team mate

yenOm. The Quaker Orbs duo received a lot of attention from doing consistently well against the now World Champions

First of all, as many people from Australia are not as informed about all the players in the American scene can you give us some brief history of your time in Quakes and any other games or tournaments you played in prior to Quake Champions


Effortless: I've played Quake for a long time, starting with Quake 3. I was never truly competitive or committed as much time into Quake as I am now. Duel has never interested me, but I enjoy watching other players play it. I've only played in two LAN events prior to Quake Champions, which were Quakecon 2014 and Quakecon 2015.


As you did not play with yenOm at Quakecon 2017 Sacrifice, can you explain how the team came to be and what you feel is your biggest strength as a duo?


Effortless: After DHW, 2v2 was rumored to be the future tournaments and I wanted to get an early start. I started playing in some online cups for fun and thought yenOm was a good slash player, so I simply asked if he wanted to play in one with me because I think we could take 1st. We easily slid past the other players that were in it and we seemed to work well together, so we simply kept playing.


Since the structure changed for the 2018 year of Quake events whereby teams were no longer flown over by the developers. It made it hard for a lot of teams to make international trips like they had hoped for. Can you tell me what was the feeling when you found out this would be the case for you to financially fund your team to travel to France and what was it like when the community outpour of love and support for you came to fruition?


Effortless: We were kind of thrown off by this news, considering this was announced one month before Dreamhack Tours. yenOm and I had worked very hard leading up to the event, even before any tournaments were announced, and we felt a little blindsided from what we had come to expect for Quake tournaments. We were debating even attempting to go to DH Tours as we didn't think we could fund an international trip with one months notice.

Making the decision to start the GoFundMe was a very tough one. Neither of us are a fan of having to essentially beg the community for support to get to events, but there were quite a few people that had messaged us, talked to us, and just generally wanted to support us as they saw the time and effort we put into playing nearly every night. Someone messaged me one night and told me to make it right now and they would help get our gofundme underway with a massive donation.

I was overwhelmed with the support they were willing to give and I thank them drastically for the push they gave to essentially get it started (you know who you are <3). I never would have thought that the community was so supportive of yenOm and I, but the outpour of support for us to compete at DH Tours meant the world. I want to especially thank GirlNamedMaggie, Sqztoy, and br1ck for the massive support and encouragement y'all gave us. Thank you to each and every person who helped support us then and continue to today.


Reflecting back on Dreamhack Tours would you say that you were happy with your performance and for many of us that have not competed on an international stage, what is the experience like and what do you enjoy most about these tournaments?


Effortless: I think our performance against

Agent was very disappointing as we played them in scrims while bootcamping and had a much better performance than what we showed. I thought we had a decent performance against

Xron, a team which we didn't have the opportunity to play against previously and was considered a top 3 team. Competing on an international stage is one of my favorite feelings. It's a mix of nerves, excitement, and determination. Everyone is there to beat you, and you are there to beat them. These events are the culmination of everything you've worked towards and all the time you've put into improving.


You had the opportunity to play against a team who has been very dominant in our region for the longest of time. They also looked strong day one taking our Liquid #2 (Whaz and Winz) What did you think of your series versus the Australian team Corvidae and how did that match play out compared to your expectations of that matchup?


Effortless: I think everyone respects the Australians at every event they are able to get to. They almost always take a victory off a team or player nobody expects them to beat. They have a unique style that players don't get to play against, which I think takes most by surprise. I thought they put up a great fight and am looking forward to the rematch at Quakecon :)


With Quakecon 2018 now less than a month away and there has been a lot of changes to this event compared to last years Quakecon and Dreamhack Tours I would like to get your opinion on the following changes:

Inclusion of Champion Bans per opponent


Effortless: I think this was a great move. I was hoping for a Champion Ban system to come to Quake Champions because a competitive environment can have OP champions or champion's you want to target ban from a player or team.


Effortless: Since I don't play duel often, I don't care about any changes related to the gamemode. I like that they included the mode in the tournament as an ode to the greats, but I hope they keep the focus on team modes.


Effortless: As much as I am enjoying 2v2, duel is the reason I started Quake so I'm disappointed there won't be more focus on it this year, but at least it hasn't been forgotten completely. BO1 winner takes all is anyone's game so it will be very tense.


How do you feel in general about your preparation, progress and training coming into this Quakecon 2018 and what are your expectations for this tournament?


Effortless: I think we are looking like a strong team coming into Quakecon 2018. We have put a lot of time into practice, and have a more detailed strategy for these next few weeks prior. We know what areas that need improvement and will be making that adjustment to be in the best shape we can be for Quakecon.


It's a very exciting time to play Quake with promised new champions and rumours of new maps and modes. What would you say is the number one thing you personally hope will come into this game?


Effortless: CTF. I'm a CTF player and am more than excited to have it in this kind of game...


Thank you for taking the time to talk with us today, we wish yourself and yenOm the best of luck in the Quake Champions Quakecon 2v2 TDM/Duel tournaments. Is there any final words you have for readers today

Enjoying his time on Stage 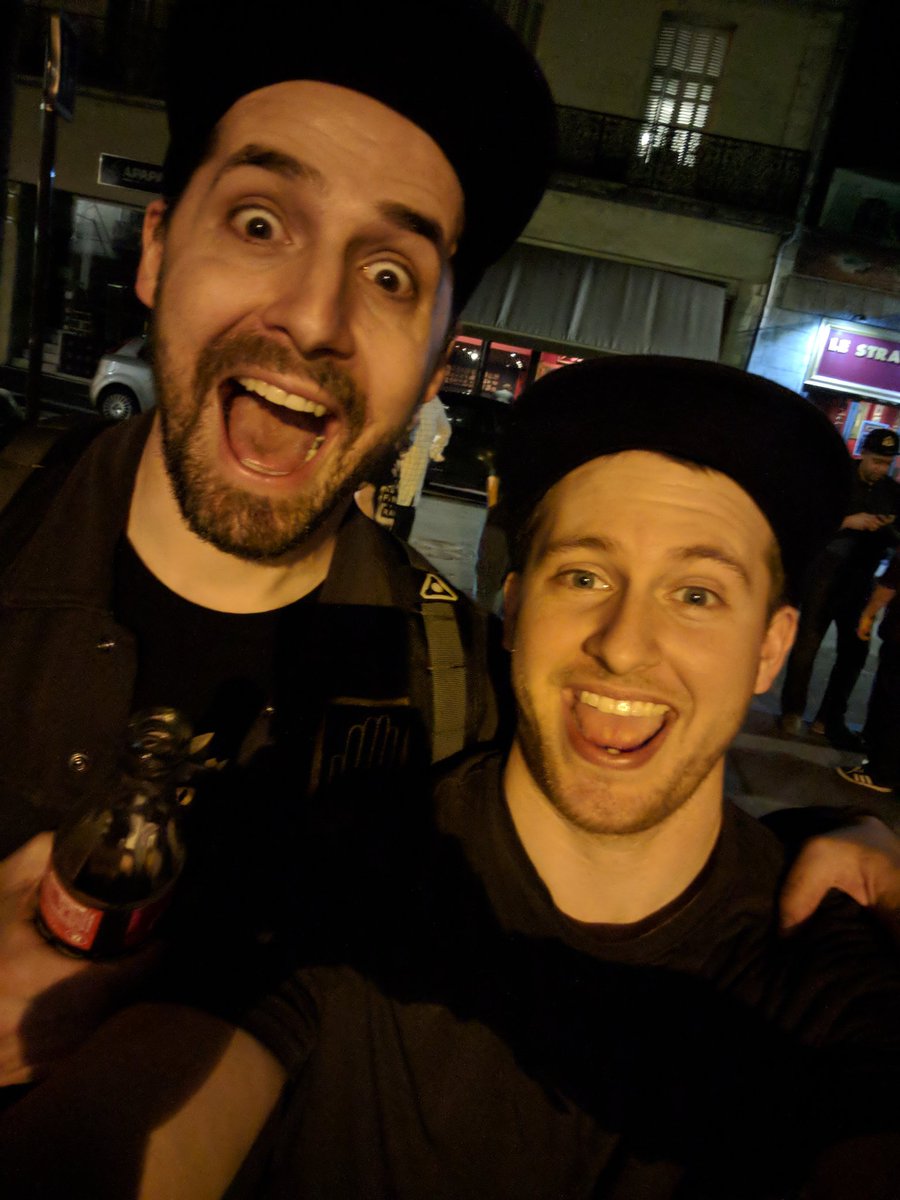