K1llsen: I would say that pretty much every top 10 Player of the last few tournaments are also favourites. In Quake Champions Duel it doesn't necessarily matter how well you are playing because there is always going to be circumstances where you can lose a match not because you've been playing worse, but just one situation costs you the whole round. It can even come down to the first Champion picks or first spawns that can make you fight at an instant disadvantage.


With this new edition of the Quake series it feels like K1llsen fans are seeing a new and refreshed you. Where is your headspace on Quake Champions right now, do you enjoy the game and how hungry are you for the World Champion title again?


K1llsen: I was as hungry in Italy just the same as I've been at DH Denver and Quakecon - I'm always hungry for Quake titles. It's exactly what I've been missing for years because I wasn't able to and this has nothing to do with my mental state, but just some pressures I had in the back didn't allow me to just go for it. Luckily I've been able to sort all of this bothering me, so I can now better focus on winning like I have done in the past. I do really enjoy that I get to compete and play Quake again, but I feel like there is absolutely no reason to play outside of tournaments, it's not rewarding for people who are playing a lot. It was better during the Quakecon Tournament but with the META shifting, weapon balance shifting, some Champions being stronger especially in Duel - you just harm your confidence by playing too much. This was my attitude inbetween Denver and Italy I only played around 8 hours or so between the 2 Event's and instead just focused on being mentally ready to take it, but of course hitting incredible rockets and rail helped me get me the edge in Italy. Don't get me wrong, to get on a good level of course you have to grind the game for hours especially when you get started with Quake Champions, but after you hit a certain point it's better to make sure you're practiced to certain situations that can occur. 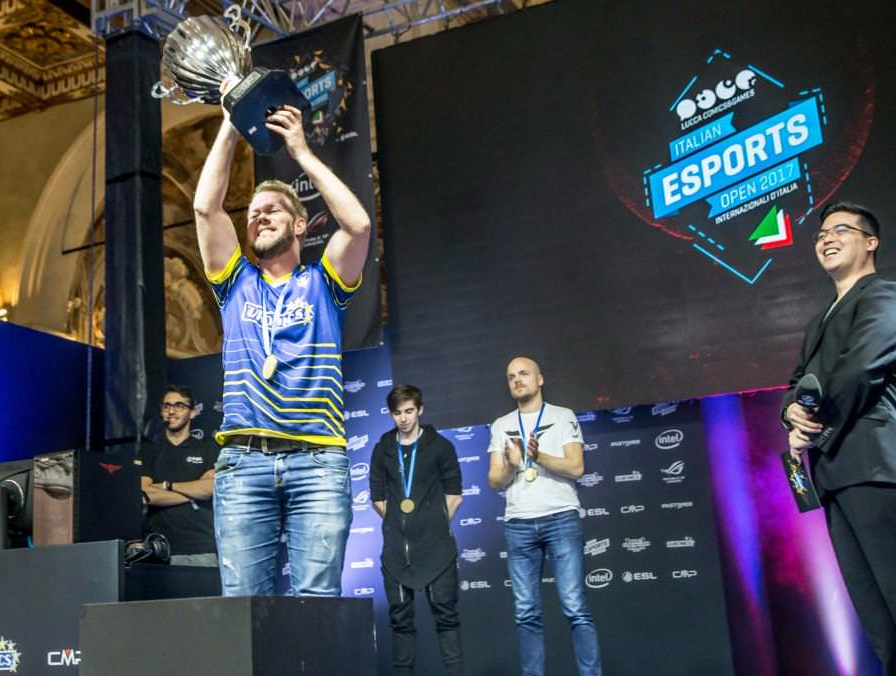 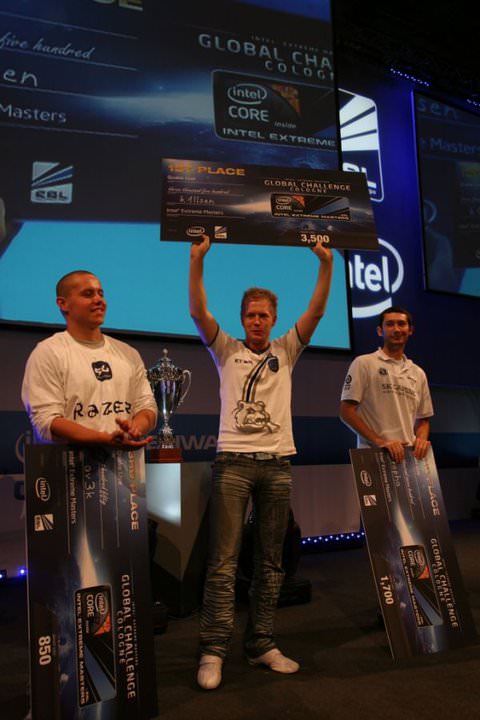 K1llsen winning IEM 5 (2010) - L:Av3k R:Rapha
With the addition of Champions in this Quake, forgetting the meta for a moment, who would you say is your favourite to play and why?


K1llsen: I really love to play Slash, sliding around the map closing gaps within 1 jump just rush into your opponent using the gauntlet or some nice placed rockets is super fun. Also really like to play Galena she can also be really fun to play with against other Champions with the Totems Damage and Heal if used wisely. I do also think they are both quite strong, but others just have an edge right now.


From top 16 at Quakecon, Top 8 at Dreamhack Denver to most recently 1st at ESL Italian Esports Open, what adjustments and improvements did you make to your game to reach such a quick turnaround in success?


K1llsen: The only reason I placed as bad as I did at Quakecon was that I didn't play Sorlag, I refused to play aircontrol champions. Then the Denver Update Doomslayer got super strong because of the Rocket META and I just didn't play him enough to compete against the top players who had. I also wasn't sure how to use his ability the best way and it takes a little to know all the movements/jumps you can do. After that I played him a couple of rounds and I've been able to play him "good" not super good but it was enough because of my aim especially with rocket/rail.


In the ESL Italian Open you had to play all 3 opponents who proceeded from the group stage, you had some good wins over Av3k 3-1, Clawz 3-0 and Vo0 also 3-0. Does this change your mentality or give you more confidence coming into Dreamhack Winter?


K1llsen: Of course it feels good to have these victory's in my pocket having a Quake Champions title not going to lie - but that was another event, I leave the title at home and have to do it again! There is a new challenge coming up and it starts from the beginning of groups, so I need to forget about all of that and have to focus on one game at a time like everyone else has to.

For spectators and non-competing players who haven't been through the practice grind before, what does your training regime look like approaching the final couple of weeks of an event? Also do you prefer to play a wider range of opponents or just a few practice partners?


K1llsen: Best way to get into the game again is to start practice 10-14 days before leaving to the Tournament. My personal preference is to play a wider range of players, some top but more mid/high-mid opponents. But I also watch some online Cups/VOD's until a point where I feel as prepared as possible understand META champions and more play styles.


These events always bring the World's best Quake players together, are there any players you are looking forward to playing against or even just catching up with again?


K1llsen: I'm really looking forward to seeing everyone and attending Dreamhack again, it's been a while since the last time. Every Top Level event is very dangerous to play, so I can't call out any specific matchup here


Now that groups have just been announced, looking at your group and others, what group do you feel is hardest to predict and what are your quick thoughts on your own group/opponents?


K1llsen: I feel good that i didnt end up in Group F for sure, its gonna be a real challenge to go trough in that one since there is this 1 risky BYOC spot left and Garpy or spart1e could end up in F whoever makes it out of the BYOC. My group could have been worse, could have been better, i feel like its the same situation i had in Italy and i will go into my matches with the same feeling. I feel ready as ready as i can be and hope the best players will get trough the groups.


As there is no other major LAN tournaments announced for Quake Champions right now, what can fans of K1llsen expect over the down time period (next 3-4 months)?


K1llsen: I'll pretty much just be a variety Streamer at that point until something is coming up, since there is nothing else to do after the Dreamhack.


Thanks for chatting with us! From all of our community we wish you the best of luck for the Duel tournament. Do you have any final words for this weekend?


K1llsen: Thanks for having me for this Interview and hope all of you will enjoy the Show! Of course huge thanks to my Community, Family, Girlfriend supporting me as much as they can from home! 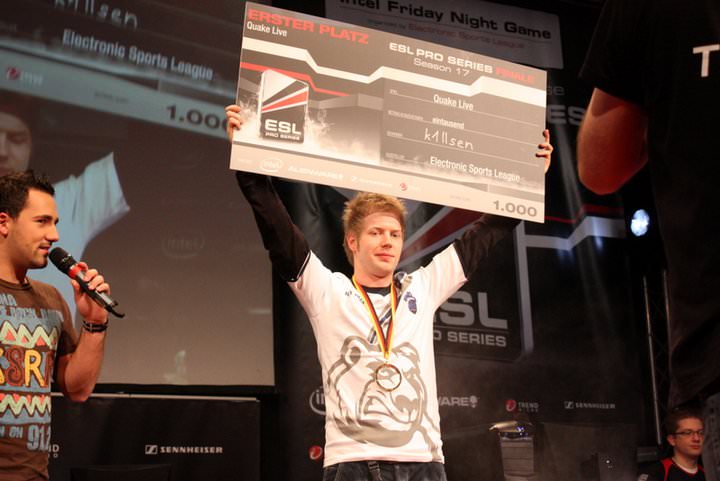